Getting somewhere… Getting anywhere?

After almost exactly a year after my first post in what was suppose to be a new blog, a new project…
So I initially created this website because I wanted to do something that potentially could bring me some income eventually. I dream of the day when I can quit my job, and just continue working by myself, with my own projects. As many others do as well I’m sure.

Even though it was a year ago I still think about this site, and my other projects as well, every day. The problem with me is just that; I have too many projects.
I have too many interests, and not one that I excel at… Looking at some of my friends, and my girlfriend, they all have something they are specialized in. My girlfriend is a magnificent baker and creates lovely cakes. One of my friends is a very skilled web designer. Another is a photographer and I even have one that is a doomsday prepper. But he’s really good at it!

I am a father, a boyfriend (we’re not married… yet!), a family man if you will. I work in an office during the day but I like to call myself a gamer. And I’m a proud gamer. A proud nerd. I also like IT in general. I like to learn new stuff that involves me sitting in front of a computer or phone or console or whatever. You get the idea. If it’s learning to code, learn functions in Excel, customize my Android phone, learning WordPress, HTML, CSS or customize my UI in World of Warcraft; it doesn’t matter! As long as I’m sitting in my man-cave, my home office (a small room where I have my PC), I enjoy myself.

One day a couple of years ago I started making Youtube videos. At first in Swedish. I did some Minecraft videos, a series of “How to setup a Minecraft server” and other review like videos. I can’t say they were very good but I can’t say they were bad either. The point is I liked doing it. I always liked helping others with what I know. Although it’s not a lot, the limited things I do know, I enjoy teaching others. So while creating some Youtube videos I started learning video editing.

My girlfriend bakes as stated before. I was never satisfied with the outcome of the photos of the cakes. So I started looking at photo editing. She started getting some followers on Facebook. So I thought it would be a cool idea to create a website for her so I then had to learn to do that. And why not make it a online store, where we buy stuff from China, place our logo on it and sell it. So I had to learn how to make an online store.

The thing is, this is just some of the things I dabbled in, in the last couple of years. And as a father of 2, the number of things I’ve learned with the limited time available in front of a computer, is quite a lot. Although I’m no expert at any of it, I’ve not perfected anything, I have learned some… Just enough to get started. What should I do then? 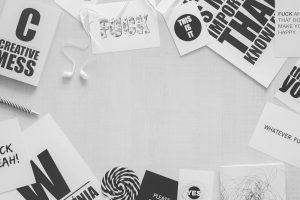 I will never be an expert

I will never be an expert at any of those things. Never be a pro web designer, a pro Youtuber, be a successful game developer, run a successful online store or even be a pro gamer! But what I’m good at; is starting new projects!

So this website is going to be my hub. My projects page. It was initially thought to be where I log my process in learning game development. but let’s broaden that. Let’s make this a blog where I try to write down how I started learning different things. What I found in my research of something I wanted to learn. Something that had my interest at that time, and hopefully this will help someone out there. Hopefully this can be somewhere to start learning something new, where we together will go forward and try to find other resources and other ways to increase our knowledge in that specific field that might interest you.

So here’s my idea… My CURRENT idea… And this will be available not just in English, but the plan is to write everything in also Swedish and Norwegian, since I got that going for me. I know three languages. Again, not perfected, but at least some.
Oh and by the way, it’s not going to be limited to web design, games, IT in general… No, there will also be topics of economics, parenting, psychology and I might even through some politics in there as well!

This site uses Akismet to reduce spam. Learn how your comment data is processed.

Great post dude. I hope we don’t have to wait a whole year for the next one. Also, you shouldn’t sell yourself short. I don’t think any of the big YouTubers or webdesigners or photographers are necessarily experts at what they do, but they are really good at putting forward the sides of them that other people find interesting and that in turn makes them successful. You keep doing what you’re doing and don’t ever give up on your dreams.

Thanks!
No, you are right. No one is an expert from the beginning. But the point I tried to make is that I can’t seem to follow through anything. So I can’t excel at anything since I never give my self the chance. I usually find something else to do that hooks my attention at the time and start with that instead.

Inspiering text my friend, well written and a wish you the best forfilling your dreams /your friendly neigbour doomsday prepper 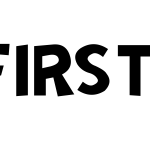 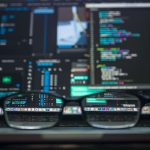